June 19th commemorates Juneteenth, a National Holiday that celebrates the oldest national commemoration of the ending of slavery in the United States. It’s the day Union Army Major General Gordon Granger announced that enslaved people were free, which was more than two years after the Emancipation Proclamation went into effect. Armorblox supports BIPOC and underrepresented groups and we stand together against discrimination. We’ve encouraged our employees to spend this day reflecting on justice and freedom and to utilize our flexible time off policy to take time off to honor this holiday if they’d like.

The infographic below shares some information about Juneteenth and how to support and observe this day. 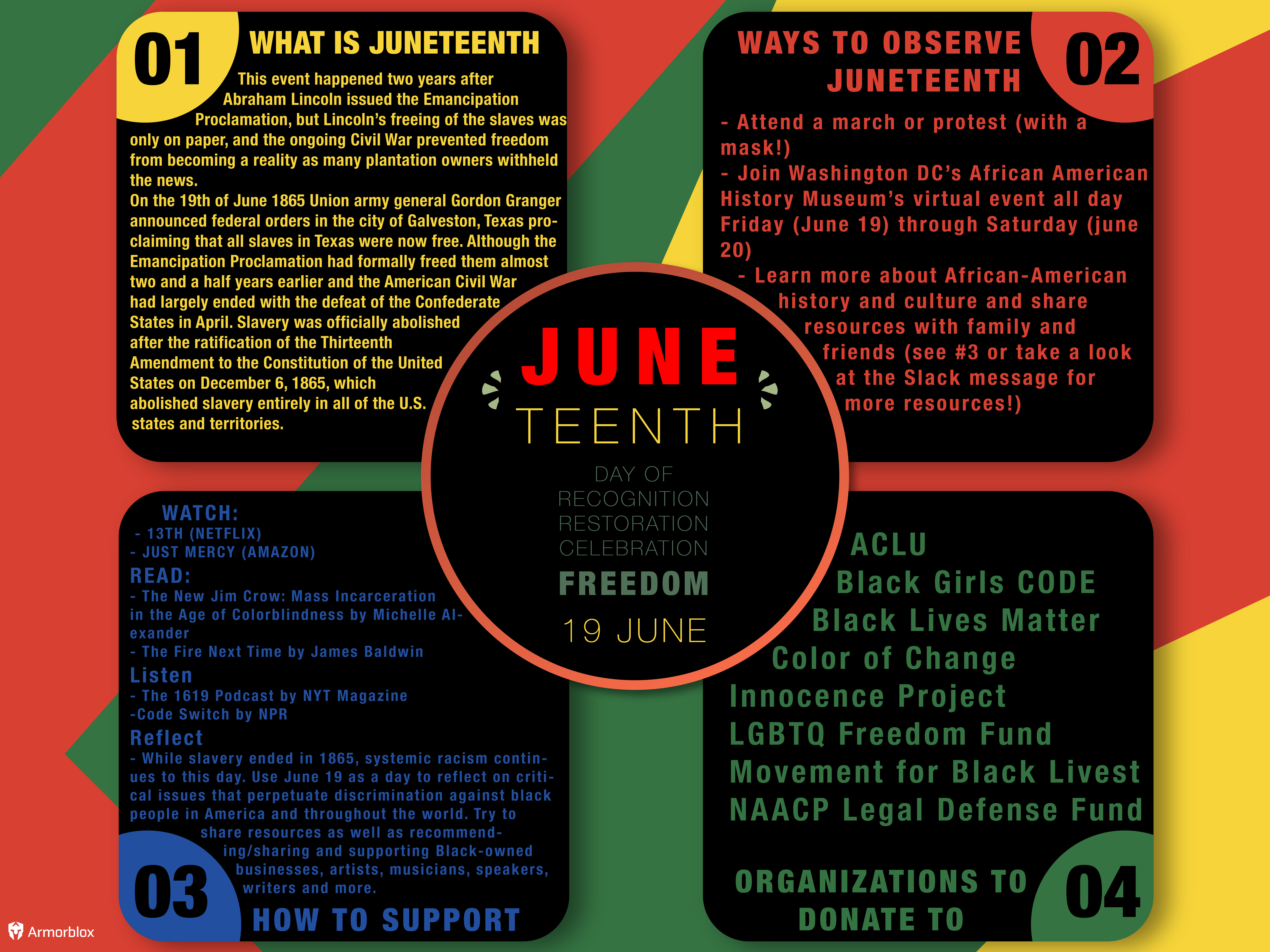 Some ways to observe Juneteenth

We hope you are all staying safe and that the ongoing protests herald structural changes that our society has needed for hundreds of years.